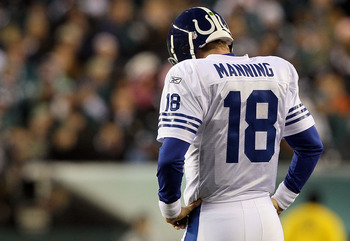 When I relaunched Bo Jackson’s Hip last year I did so with somewhat of a mission statement. I refocused my intent on illustrating why sports are important to me and how the inner workings of athletes and the games they play provide a lot of analogous material to what it means to be human and to play the game of life. I also explained why I call my missives about the world of sports Bo Jackson’s Hip. If you don’t want to go back and read all about it, here’s a quick summation:

Bo Jackson is perhaps the greatest athlete I’ve ever seen and definitely the favorite athlete of my youth. He played two professional sports exceptionally well and may have gone on to be one of the all-time greats in both football and baseball had it not been for avascular necrosis, a condition that made his hip fly out of socket when he was tackled playing for the Los Angeles Raiders. After that day his football career was over and his baseball career was never the same (even though he did hit a dinger in his first post-recovery at-bat, because like I said, he’s the greatest athlete I’ve ever seen). Did I also mention that he allegedly forced his own hip back into socket on the field after he felt it pop? The Raiders' athletic trainer said that no one is that strong. This writer believes that Bo was.

Nevertheless, it changed that fast for Vincent Edward Jackson. One play he was on top of the world, the next, his career as an athlete was all but over. It taught me something about life as a bright eyed sports fan to see my hero’s future dim so quickly, and I like to think I have taken that life lesson with me as I approach thirty years on planet earth. Bo’s injury speaks to me on many levels. It hits on a lot of cliché but ultimately true sentiments you always hear about existence. Life is short. Life is not fair. Tomorrow everything could change. Success is not guaranteed. Take nothing for granted.

With the news that Peyton Manning’s season and career may now be in jeopardy due to a neck injury coming on the heels of Sidney Crosby’s press conference about his lingering concussion-related symptoms, Bo’s story and his connection to my writing have truly come into focus over the last week or so. While I hope it is not true, it’s possible that two of America’s big four sports might lose their most recognizable athletes. Crosby’s prognosis probably isn’t that dire, and it’s too early to tell if Manning really is watching his career slip away from him, but their two predicaments certainly brought to mind Bo Jackson and the fragility of life on planet earth for me all over again.

Manning is the face of the NFL. He is a borderline genius at the position he plays, which I’ve talked about before as being the most important and difficult position in all of sports: NFL quarterback. Likewise Sidney Crosby, “Sid the Kid”, is the 24 year old phenom who has become the face of the National Hockey League. With MVP, Stanley Cup Champion, and Olympic Gold Medalist already on his short but impressive resumé, the sky is the limit for the already dominant hockey player.

But for both players, as Biggie would say, “Things Done Changed.” Manning was on the path towards owning every important record that an NFL quarterback can hold and perhaps more Lombardi trophies to add to the Super Bowl victory he earned against the Bears in 2006. Crosby has already climbed many of the highest peaks in hockey and his ascent is just beginning up the staggeringly tall mountain that Wayne Gretzky currently sits atop as the greatest hockey player that ever lived. Now, both of their careers hang in the balance.

Manning sustained his neck injury in 2006 (if you believe what his former coach Tony Dungy says) and it eventually led to two surgeries to try and repair the damage. Over the last week news broke that a third surgery that involves the removal of a damaged disc in his neck is necessary and the guy who urged others to “Cut that meat!” will be getting cut for the second time in the span of five months. It doesn’t look good. Manning need only look to Sterling Sharpe, a dynamic wide receiver for the Green Bay Packers that had his career end early because of a similar infirmity to see that not only his season, but his remaining days as an NFL player are in jeopardy. The paradigm for Manning has shifted and he is now staring into the abyss of a career cut short. Not only a career, but what is already among the greatest in NFL history and one that might be the greatest if he is allowed to keep going.

For Crosby, he is a prime example of the growing attention and concern related to concussions, which has plagued the NFL in recent years and is now reaching into the NHL as well. If you read about what Crosby has been going through, things don’t look good for him either. He sustained two head injuries in consecutive games last season, ending his pursuit of another Stanley Cup abruptly and putting him in a position of extreme uncertainty regarding this season as well. He has complained of a foggy feeling in his head while doing everything from skating to watching television. Even more chilling, the Kid says he’s also had moments of not being able to sense where his limbs are. This kind of brain malfunction is scary for anyone, but especially an athlete that plays a sport like hockey that is so predicated on contact and physicality.

Like Manning’s corollary Sharpe, Crosby also has an athlete he can learn from in Justin Morneau, a baseball player for the Minnesota Twins that suffered a concussion that continues to plague him and prevent him from reaching his full potential. Morneau and Crosby are both young, approaching their prime, and now sidelined by hits to the head that have resulted in puzzling recoveries that point to the still unknown damage that concussions can do to a person’s brain and overall health.

My hope is that Manning and Crosby, along with Morneau, are not victims of a catastrophic injury that turns their world upside down. I hope that they are not on their way to becoming the next Bo Jackson. As a fan, I want to continue to watch their greatness, and as a human being I hope that tragedy hasn’t befallen them. I hope they return to the games that they love and are better than ever. I hope that the world isn’t as cruel to them as it can be and that sports writers and fans can one day construct their comeback stories and tell future generations that they faced down the most traumatic experience of their lives and came out stronger on the other side.

But...if things end up as badly as they possible can, this period will be remembered as momentous and tragic in the world of sports. The tail end of 2011 could very well be the tipping point in the careers of two of the most recognizable athletes in American sports. While both Manning and Crosby sustained their injuries previously, the news that Manning is out indefinitely and Crosby’s less than reassuring press conference have come in quick succession and might be the first words in the sentences that describe each of their retirements. While it seems unlikely that two such prominent athletes would have their careers cut short, I think it’s important to remember what kind of injuries they are dealing with.

Injuries to the neck and brain are nothing to mess around with. This isn’t a damaged knee or wrist or a sports hernia in either case, these are injuries that have the potential to be life-damaging or even life-threatening. If Crosby and Manning’s doctors tell them that a return to their respective sports has the potential to affect their quality of life, how do you think they will react? In Manning’s case, he already has a distinguished career, but more importantly a wife and children. I’m guessing he won’t let his competitive drive (even though it might be the most competitive drive in sports) interfere with a chance to watch his children grow up. And in Crosby’s case, at such a young age, how can he possibly return to the ice if the doctor’s tell him it could result in something permanent, like brain damage? Would you live the rest of your life with a few marbles rolling around if you were only 24 years old?

It’s a shame that the situations for both Crosby and Manning have come to this, and as a fan it is tough to think about hockey and football losing their respective superstars. Bo Jackson’s hip injury is a lesson to every fan in how quickly things can change, but it’s a lesson I don’t want to vicariously learn again, or see two such prominent  and gifted athletes learn first hand.

Get well soon fellas, we’re all rooting for you.
Posted by Marky Schultz at 3:17 PM