LOVE ME SOME ME

So now that some of the King James dust has finally settled, I wanted to put in my two cents on the topic that seems to have dominated the entire summer up until this point. Yes, the most popular and arguably (I will not do Kobe like that and say that he is) the best player in the NBA changed teams. He not only changed teams, but he went to a team that already has a confirmed superstar and he did so in the prime of his career. He left the town that loved him like a son from the time he was 14 years old. He left the cold gray of Cleveland for the warm sun of Miami. So what does it all mean?
Of course, in the grand scope of world events, not much. In the smaller realm of the NBA though, it means everything. It means that the era of Bird and Magic and Michael is officially dead. It means that Kobe Bryant is the last vestige of that era, an era where guys want to kill the guy from the other team on the court, no matter how chummy they are off of it. What LeBron’s move reveals is that players don’t operate that way anymore, and that the public (especially the old-school fans and writers and commentators) will just have to deal with it. LeBron and Dwayne Wade and Chris Bosh don’t have Kobe’s killer instinct or his patented “go ahead, try and fuck with me” underbite. 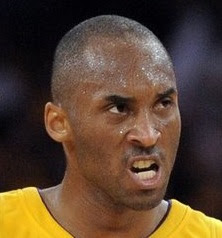 The thing is though, that’s okay. Don’t get me started on the classless way that James told Cleveland to go fuck itself, but needless to say, now that I’ve taken a step back from his hour long ESPN "look at me" special I realize that shit done changed in the Association and there’s no looking back now. In a league where a salary cap (albeit a very soft one) is in place to try and prevent this sort of thing from happening, Bosh, Wade and James turned the Heat into the NBA’s version of the New York Yankees. Miami just bought the most talented roster in the league and are ready to make their run.

The Heat are now the team to beat in the NBA East, no disrespect to Boston, Chicago and Orlando. The new Big Three (or Miami Thrice or the the Three My-Egos or whatever you want to call them) are going to be threatening for the title for the next 5 years at the minimum. That being said, what are we to make of LeBron at the end of the day? What has he sacrificed or gained by this move? How will history judge him?

Well, the third question is going to have to play itself out obviously, but what I think we learned about LeBron is that in this new look NBA, he wants to be Magic more than he wants to be Jordan. James is a facilitator in every sense of the word. From his cronyism in the hiring of his personal management and promotion teams to his ability as a passer on the court, James is a man who likes to spread the wealth. I think it’s the real reason he left Cleveland to team up with another superstar, he wants to pass the ball to the guy who already has the ring, Dwayne Wade, instead of being “The Man” himself. And in a weird way, this will end up making him “The Man” in Miami by the end of his career.

While his questionably close pal Jay-Z was strong enough to carry Biggie Smalls on his back (and the whole BK nigga, holla back!), LeBron never had the guts to carry a lackluster Cleveland team or the crushing hopes of his entire hometown atop his Chosen shoulders. He bolted to Miami not because he didn’t want to bring Cleveland a title and in the process be the region’s biggest hero since Jim Brown, it’s that he didn’t want all of that in the first place. He wants to be a a prolific passer, defender and teammate, not just a jaw-dropping scorer. He wants to win and he wants to win now and with a sure-as-shit top five NBA talent like Dwayne Wade alongside him and Chris Bosh controlling the paint, he is definitely going to do so.

If you assume they’re going to win and win fast, Wade will soon find himself on LeBron’s team and not the other way around. Just ask Kareem Abdul-Jabbar if the Showtime Lakers were his or Magic Johnson's team. Kareem is the all-time scoring leader in NBA history and has one more ring than Earv, but will never, ever be given the same amount of adoration and respect by Laker fans or fans of the NBA in general.

LeBron may have made an unpopular move and done so in an unjustifiably selfish manner, but at the end of the day the man did what he wanted to do. He made the move that will likely bring him championship ring opportunities for the rest of his career. He went all-in to win an insane amount of rings and I can say with all honesty I’m among those that say he made the right bet. While Kobe eyes Michael’s ring total, it’s possible that James just wants to do him one (or, I guess it would be 5) better as he and the Heat load up and go after Bill Russell instead.
Posted by Marky Schultz at 12:04 AM No comments:

HELLO AND WELCOME (BACK) 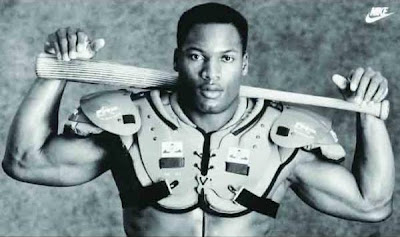 The more I talk to people about sports, the more I realize that even those without a vested interest are intrigued by athletic competition. There is a primal and in many ways inescapable allure at the heart of sports and to perhaps an even greater degree, at the core of the coverage of events, players, and the games themselves. Sports are often called the original reality television, where the participants are superstars paid exorbitant sums of money simply for being themselves, or at least the television version of those selves.

Like reality television stars, sports figures (no matter their specialty) are held in a certain regard that is unique to the non-artist celebrity. They are not acting, sculpting, writing, painting or otherwise reinterpreting their reality—they are that reality. But while the reality television star becomes the actor they claim not to be in nearly every case, the athlete morphs into even more. The athlete does what the talentless reality celebrity cannot, he or she becomes the painter, the sculptor, the writer. As the public’s gaze grows stronger and their abilities are appreciated, athletes can convey and invoke all that is aesthetically beautiful, just like your favorite artist can.

My own deep and abiding love for sports led me to start this blog a few years ago in order to talk about competition, sport, and above all else the representation of all that is human and artistic that the athlete can represent. I will not claim that every athlete lives up to this lofty ideal, but the ones that do bring out the best and worst aspects of the human character. It is why I shout out loud and yank on my hair when I watch my favorite teams and players and it is why no matter how much you did not like the jocks in high school or climbing the rope in gym class, sports has a pull on nearly everyone at some time in their lives.

As I was attempting to get at before, I realize that some athletes’ gravity is stronger than others, and likewise some of us are a bit easier to pull on. With that said, I want to bring back Bo Jackson’s Hip in a new and hopefully improved manner. I have abandoned this little piece of the internet for too long and realize now that I want this to be a place where my friends and total strangers, sports fanatics and nonbelievers, cynics and sporting idealists, can all come to do a bit of light reading and join in the fun of humanity’s games and physical feats.

I’m not asking too much I hope, and if you’ve read this far I also hope you’re willing to come back again to join me as I speak my mind about one of the facets of life that I am most passionate about. The sporting world truly is a fascinating part of our strange little existence in this infinitely large universe; it’s the place where people wear colorful uniforms with numbers and names on them, choosing sides against one and other to wage battles with the opposing team and the opposing sides or our own individual goals and desires.

As that sentence should prove, sports is serious stuff for me, but I want it to be nothing but fun for you gentle reader. So if I promise not to take myself too seriously, I hope that you’ll return to join me on frequent journeys into the realm of competition and athleticism. A place where just as in life, things change quickly and irrevocably for the good and for the bad.

If you'd like to check them out, all of the old posts from when the blog was in it's former stage of activity can be found below and are also accessible through the little menu at the right side of the screen.

Posted by Marky Schultz at 11:54 PM No comments: