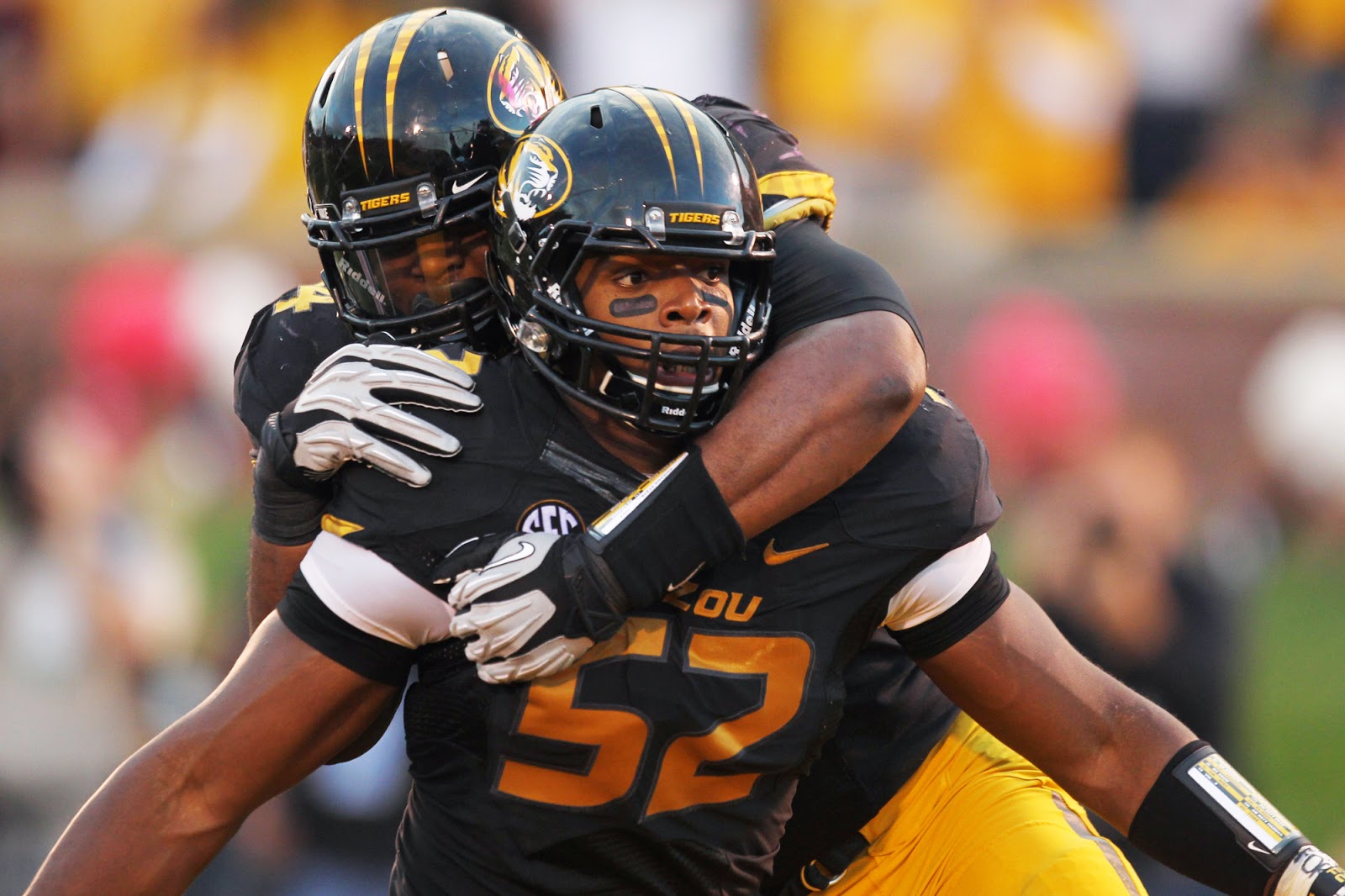 The last post I wrote here at Bo Jackson’s Hip was about Richie Incognito, Jonathan Martin, and what their beef down in Miami told us about the state of pro football. I talked about how they represent two ends of the NFL’s magnet, and that the neutral portion that should be at the center of this gridiron polarity doesn’t really exist in my mind. The NFL is exactly what it has lately tried so hard to tell us it is not: brutal, unforgiving, poignantly meritocratic, and obviously chauvinistic. And while I pilloried NFL brass and meat-headed racists like Richie Incognito for permeating the league’s consciousness, I ended with a glimmer of hope from Brandon Marshall about the humanity that the NFL has never really had, and what it might take to make it manifest.

You might go back and read all of that if you want (or the vivid, ugly report that was just released on the whole matter), or just wonder why I followed a path from one football controversy to the next, without even sniffing the Super Bowl, and you might be justified in your criticism. But if you watched that game, come on. What can I say? The Seahawks thumped the Broncos with stellar defense, Peyton Manning shrunk in a big game, and it doesn’t do anything to take away from his legacy as one of the greatest football players of all time. Well, I guess I could have said that, but with a lot more words and links, and videos and what not. But I’m not going to. I’m going to skip the big game and pick up where I left off: with a controversy that calls into question exactly what football is, what it tells us about ourselves as fans, and how it might mirror the American culture at large. I’m headed straight from knuckle-headed bullies and a big guy who had enough of them in Miami to an even pricklier question that arose last week from the heartland.

Missouri defensive end and co-SEC Defensive Player of the Year Michael Sam announced publicly to the New York Times and ESPN that he is a gay man. He told us all what he told his teammates and coaches earlier last summer, before the college football season even started: that he is out, and proud, and gay. The small miracle is that his teammates had enough discretion, loyalty, and respect for Sam’s decision to come out that they went all the way up until last week without saying a word publicly about it. They let Sam do that for himself. The larger miracle is that the NFL, already pushing away the clouds of doubt about concussions and brain injury and human carnage, already trying to wash away the stains of Bounty Gate and Richie Incognito, and still swiping at the less-important dusting of Richard Sherman’s unsportsmanlike exuberance, finds itself thrown into an all new imbroglio that most of us thought was still several years down the line.

Michael Sam is too talented not to be taken in this coming April’s 2014 NFL Draft, and will thus become the first openly gay athlete in the four major American sports. While Jason Collins was indeed courageous and paved the way for Sam’s reveal when he told Sports Illustrated that he was gay, it was while he was an unemployed, and as is the case now, former NBA player. For whatever reason, be it age, a lack of productivity, or perhaps, his sexuality, Collins has not landed on an NBA roster this season. And he probably won’t. And he probably won’t next year. So he is a former player coming out for all intents and purposes, joining others in this honorable line, though his landmark decision to tell the world about his sexual preference stands out as the ladder upon which Michael Sam found the courage to climb up and do just the same.

Like Collins, Sam isn’t a current professional athlete. While Collins essentially was, Sam most certainly will be. And here, for this writer, is where this young man’s story becomes not only historic and important and brave, but utterly fascinating. Sam, whether you think his intentions were to do so or not, has become the ultimate test case for the gay American athlete, and even more intriguingly, the gay American football player. Sam is poised to become the sporting version of that ideal that Dr. King gave us so many years ago: a man judged not by the color of his skin, but the content of his character. In this case, not the orientation of his sexuality, but his prowess on a football field. If it seems too heavy-handed to invoke the civil rights movement and one of the most transcendent activists the world has ever seen, it speaks both to Dr. King’s very transcendence and brings us to a small but important hurdle that must be cleared before moving on to the real dilemma that Sam creates. To put it simply: Michael Sam is not Jackie Robinson.

While it feels only natural to draw parallels between the Civil Rights Movement in mid-twentieth century America and our most obvious civil rights issue today, gay equality, this is a clear case of apples and oranges. Jackie Robinson was a prime example of an already existent pool of talent that was being kept out of the highest level of competition available. It isn’t that Jackie Robinson came out to the country as a black man, it’s that black men weren’t allowed to play baseball in the Major Leagues until he and Branch Rickey came along. They challenged a gentleman’s [sic] agreement between baseball owners that black players would not find a place on a Major League roster. The stakes were much higher, Jackie faced a level of abuse that Michael Sam will not likely see the edges of, and the cause was of an entirely different variety. Jackie Robinson is the apotheosis of American courage, so we should not so easily throw other men into his company.

This is not said to take something away from Michael Sam, but more to not take anything away from Jackie Robinson. It’s an important point that was discussed on what is probably the smartest podcast in sports, Slate’s Hang Up and Listen, last Monday, and one that I was already making internally before the sharp trio behind HUAL verbalized it in their weekly address to the sporting world. The truth is, there have already been and currently are gay athletes in the four major American sports, which we can assume from innuendo and know from first-hand accounts. Sam’s proclamation and assertion of the value of his lifestyle and character are thrilling and evident, but they are not the same thing as what Jackie Robinson did for baseball, black and white American athletes, and the Civil Rights Movement as a whole. Not to mention that Jackie is one of the greatest baseball players of all time, not just a trailblazer. So let’s just stop making what Jackie Robinson did during and after his career part of this issue. Let’s let Sam’s announcement exist as its own colossal step forward for football, sports, and a loud defiance of backward beliefs in conservative creations like the sanctity of marriage and the maintenance of the accepted view of what an American family should look like.

With that all behind us, or at least me, let’s move on to the very present and very telling realities that Sam’s story has and will continue to illuminate. It all goes back to what I said before about Sam as the ultimate test case. My intent is not to strip his announcement of any of its import by looking at it through an overly clinical lens, but simply to peer at him the exact same way the NFL and its 30 general managers are as we speak. From what a couple of GM’s and execs have told reporters (under the safe umbrella of anonymity of course), Sam’s draft stock might take a hit because of his sexuality. Because he’s now a “distraction” for any team he would join, both internally in the locker room and externally to the members of the media that would likely hound Sam and his teammates. Of course, as a couple of members of the media have deftly pointed out, this is a complete load of BS. Please enjoy both clips, and then kindly join me after the jump. And shouts to Deadspin for the heads up on the first vid.

As Mr. Hansen and Mr. Stewart expertly point out, the NFL is full of miscreants and convicted or suspected criminals of varying degrees, and their distractions didn’t seem to stop anyone from signing them up to play football on Sundays. In fact, quite the opposite, as these less-than-rare controversies have and will continue to melt away faster than snowballs in springtime. If these are the very controversies that our aforementioned GM’s and executives are pointing towards, they have already been proven wrong. It’s why Sam’s sexuality is a different kind of litmus test. If he falls in the draft, it won’t be because he’s undersized or lacks the physical traits to be a great pro, or that there are questions about his character, rather it will be because of bald bigotry and clear narrow-mindedness. It will be because no matter how many states continue to legalize gay marriage––and despite politicians on both sides of the aisle in congress supporting equal rights for homosexuals, bisexuals, and transgender Americans––football, and the entire country, still can’t get on board. It will be because the NFL and the bulk of the American population are choosing to be on the wrong side of history.

Like the women's movement and the battle against Jim Crow, which once begun would not be denied, the victory for those advocating for gay rights is already written on the walls of the United States of America. The gay rights train is barreling down the tracks, with the NFL and conservative America powerless to stop it. The fact that they might try will be yet another black eye for football, and a lesson in the fact that while progress is inevitable, there will always be those that try and slow its pace. Michael Sam is an at least capable and perhaps dynamic talent on the football field, and anyone that chooses to overlook that is making a mistake. They are making a mistake intellectually, spiritually, and in the case of an NFL team that passes on him, a mistake about doing what it takes to make their football team better. Maybe, like the experts seem to think, Sam is a mid-round pick. Maybe he won’t be watched by a camera on draft day with a million dollars trailing him to the stage, or even on the next day of the 2014 draft, but that really doesn’t matter. He is destined to be the first openly gay athlete to be drafted into the NFL and play professional football, and no one can take that away from him.

But if our beloved game of football is too pig-headed and myopic to accept and celebrate Michael Sam, and he inexplicably slips lower and lower in the draft, it will say a lot about the current state of gay, bisexual, and transgender rights in the United States. Sports have an uncanny way of both projecting upon and reflecting the national opinion, and as such, this young man’s professional fate is tied to our own national character. Let’s hope that not just one, but several NFL teams are lined up to swoop Sam off of the draft board, and that the league and the rest of us can continue to take pride in our differences as people, and as a result advocate for the freedoms that are at the heart of the American identity.
Posted by Marky Schultz at 7:51 PM