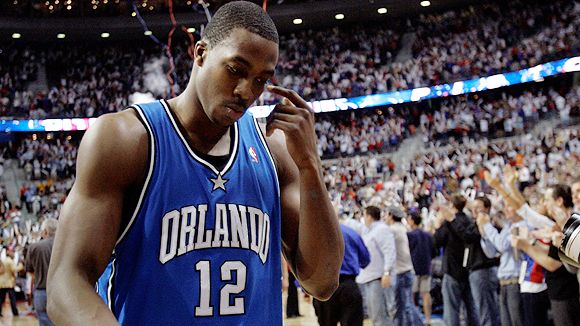 Recently, it was reported that the Orlando Magic were interested in interviewing retired center and former franchise centerpiece Shaquille O’Neal for their newly vacant general manager position. When I first read a headline indicating as much on several of the sports news websites that I frequent, I couldn’t believe what I was reading. For starters, thanks to Dwight Howard, the Magic are an incredible mess. D just couldn’t seem to make up his mind whether or not he wanted to re-sign with the team or pursue free agency during the course of this season, and when I say that he couldn’t quite make up his mind what I really mean is that he was a negotiating schizophrenic. He changed his mind like a teenage girl picking out a prom dress and even twice in the same day towards the end of the regular season. Finally, at long last, he signed a one year option to put off free agency until after the 2012-2013 season.

What this did was put a drop kick into the beehive that the Magic have become. A one year deal did nothing to quell suspicions that he still wants out of Orlando, gave the Magic front office no indication that they could re-sign their big man, and put his coach and teammates into the kind of awkward situation that makes French kissing your sister seem natural. That situation culminated when the Magic fired that aforementioned head coach, Stan Van Gundy and GM Otis Smith, but that wasn’t before a reporter’s question about whether Howard had asked for Van Gundy’s firing led to one of the most uncomfortable interviews in the history of sports near the end of the shortened 2011-2012 season. Check it here, and try not to squirm.

You have to feel for Van Gundy, shake your head at Howard, and blame the Magic front office for what went down this year. So in order to clean up after they cleaned house, the Magic brass decide to pursue Shaquille O’Neal for their GM position. Okay, so, you’re talking about Shaq right? The same Shaquille O’Neal that left your team in the lurch more than a decade ago and signed with the LA Lakers in free agency, the same man that while one of the most dominant big men in the history of the game, is also one of its most ridiculous characters. The same Shaq who, trying to chase a fifth championship in the latter part of his career picked Phoenix, Cleveland, and Boston to do so. That’s Phoenix, Cleveland, and Boston, none of which even reached the NBA Finals, let alone won a championship with Shaq on their roster. This is the guy you want constructing a team for you? 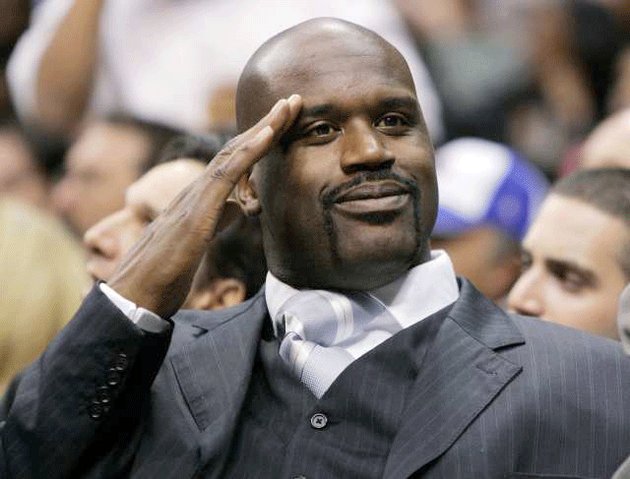 We’re talking about a dood that starred in ‘Kazaam’, traded rhymes with Fu-Schnickens, called himself “Diesel”, “The Big Aristotle”, and “The Big Shaqtus” in that order, all after, once again for the purpose of clarity, he left Orlando by choice for the bright lights of Los Angeles. In order to bring some clarity and resolve to an organization that is in dire need of direction, the Magic chose to reach out to a guy that once asked former teammate Kobe Bryant how “his ass tastes” in a freestyle rap at a crowded night club. This is the guy that’s going to keep Dwight Howard around and be the face of your franchise off the court?

And thank god for logic winning out, because it was announced a week ago Thursday that O’Neal will in fact not pursue the Magic GM job and will not grant the team an interview. The fact that O’Neal was the one who had to make the right decision in this demented courtship is truly astounding, and the Magic might as well keep their crazy caps on and buy Dwight Howard a plane ticket, because even his contractually bipolar ass ain’t sticking around for these kinds of shenanigans. The Magic are a grease fire and even Shaq knows that.

The Orlando faithful need to get a grip, move on, and hope that yet again they will get the number one pick in the NBA draft and have a shot at rebuilding the franchise. Two of those number one picks, O’Neal and Howard, are making their life even more chaotic right now, but like so many who have spurned luck’s fortunate shimmer, they will probably have their ass polished one more time down the road. I just thank god Shaquille freaking O’Neal won’t be the one deciding who that number one pick is.
Posted by Marky Schultz at 5:00 PM