GET YOUR FREAK ON

Now that baseball season is over and the NFL just finished up a few days that show it simply refuses to get less entertaining as the season rolls on, I thought I'd split this post between the Giants' World Series victory and a discussion of some truly bizarre football headlines. Here we go...
MLB 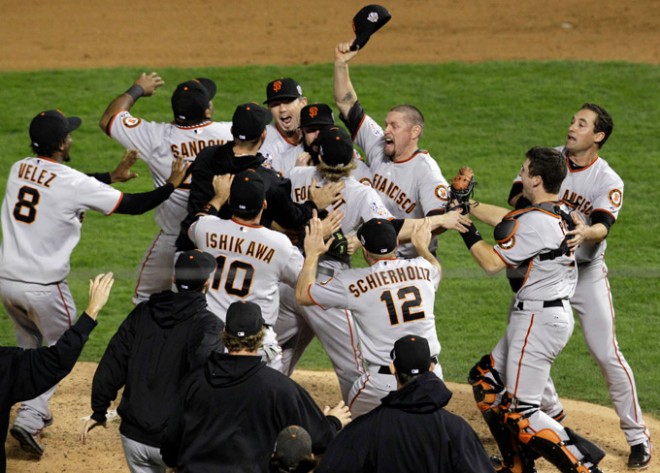 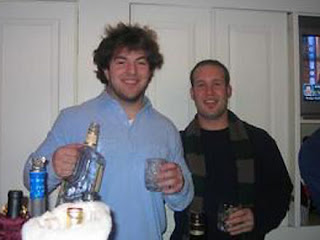 Now if you want to pull your starting QB at the most critical juncture of the game, there has to be a good reason, right? Wrong. Shanahan first cited Grossman's superior knowledge of the two-minute offense they run in Washington, because he was the back-up under offensive coordinator Kyle Shanahan when the two were both in Houston together. You know, when Grossman was the, uh, back-up. Now if that doesn't seem at all plausible, just wait, because Shanahan followed that apocryphal explanation with an even more unlikely story, that he questioned McNabb's cardiovascular endurance when running a two-minute drill.
So the guy who led your team in rushing during the game is too out of shape to make it another two minutes at the game's biggest moment? Yeah, I can buy that. Next you'll tell me that JaMarcus Russell is going to get a phone call to come workout with the team. What? They what? They didn't. I give up.
That's right, not only did Shanahan yank McNabb and feed the press two bullshit excuses as to why, but now he wants to give what many consider to be the biggest draft bust in NFL history a shot at the job he doesn't seem to think Donovan is in shape enough to perform. Russell is the guy that damn near broke the scales every training camp he was lucky enough to attend and is more famous for falling on his face professionally and getting his lean on then any kind of accomplishment on a football field. This stuff is absoultely mind blowing. In an NFL season that seems to go from weird to strange to enigmatic with every coming Sunday, week 8 gave us some truly perplexing stuff to digest.
Good thing the 'Skins are on a bye this week so Shanny can get his story straight and I get a little more time to try and make sense of all this nonsense. Did I mention how much I love the NFL?
Posted by Marky Schultz at 12:37 AM